The need for quick updates with technology is best seen in the Gulf countries. And now, Saudi has proven it, by accepting the rollout of the futuristic transport system. Saudi Arabia is on the fast track race to the future.

This futuristic approach is so rapid that now it plans to host the longest Hyperloop tube in the world. This is a clear indication of the Hyperloop in Saudi to become a superhit success.

Virgin Hyperloop One- The Company Behind Hyperloop

Virgin Hyperloop One, the only successful hyperloop company in the world has announced it’s expanding the relationship with Saudi Arabia. 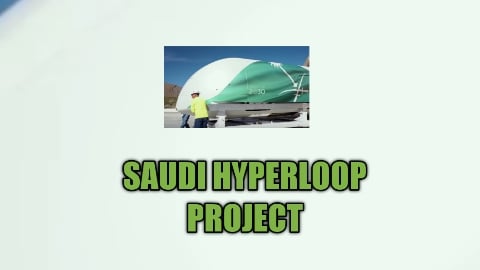 They have announced to develop and conduct a study to build the world’s longest test and certification hyperloop tube. This seems news not just for the citizen of Saudi but for the entire world.

For about a century ago, Saudi has seen to dominate the oil industry and rely on the oil reserves to control its economy. Undoubtedly, with immense success and huge profit from the oil reserves, the plan didn’t seem to bother them much.

But in recent time, oil prices gradually started decreasing, this led to a serious threat to Saudi on their economic condition.

With this, the Royal family initiated a new plan to modernize the city. This eventually led to the happening of Hyperloop in Saudi Arabia.

And with this plan turning into a reality, the Hyperloop One project is expected to kick start in Saudi Arabia next year.

The Technical Brains Behind Hyperloop

The innovator and brains behind Hyperloop technology is the billionaire and investor Elon Musk of Space X and Telsa.

The hyperloop concept involves a Mega plan with a vehicle that can carry a passenger as well as cargo, up to 10 times faster than what we see in the current rail.

A 35km track is all set to be built with the help of detailed research and development. At a speed close to the speed of the sound, Hyperloop is Saudi seems just a race to the future.

Hyperloop Tube At a close Speed of The Sound

Energy-efficient travel that gives a huge impact on the economy as well as allows to wider society. Virgin Hyperloop One is already showcasing its technology by developing a 500-meter test track in California.

This plan has propelled and claimed to get a speed of about 240 mph which is 387 km per hour.

Looking closely at the detailing of the number, the 35 km long track, planned for King Abdullah Economic City to the North of Jeddah allows more space and opportunities to move.

Deal Signed with the Government of Saudi

The vision of this is connecting the Hyperloop network across the vast Arab Peninsular. The ambition of the Crown Prince Muhammad Bin Salman is to become the leader of the advancement in technology, globally.

This hyperloop plan is at a length of 35 kilometers, along with that, the production plant and R&D are taken place close to King Abdullah Economic City north of Jeddah.

The Project requires not just the update in technology for hyperloop, but a range of technological components accompanied with that.

The PA consulting technology along with architecture experts are seen working hands in hands, with the Hyperloop One team to create a blueprint.

This blueprint is based on the traffic control system and the complex software that is needed to support such a massive plan.

The partnership of Hyperloop with PA consulting is creating a road to success and making Hyperloop a Reality.

Riyadh to Jeddah within 76 Minutes

While discussing the Middle East plan, Virgin Hyperloop One has initially discussed the plan for a connection of network with large urban centers like Dubai, Jeddah, Kuwait, Abu Dhabi, and Oman.

When executed, the project will decrease the transportation time, allowing cities to become more nearby like metro stop than far away destinations.

More read:16 things you should not do in Saudi Arabia.

Colin Rhys, the vice president of Virgin Hyperloop One, said in an interview, that the travel time between Riyadh and Qiddiya entertainment project will take hardly 7 minutes.

Including that, the traveling time from Saudi Capital and Jeddah is claimed to be covered in hardly 50 minutes. Currently, it takes 10 hours of traveling between these two cities to by air.

Another interesting outcome of this plan is to connect Saudi with UAE in just 30 minutes. This project is expected to reduce the journey time across Saudi and throughout the Gulf.

A hyperloop system will enable Saudi to become the leading position if the Global transportation powerhouse. With that, it will boost up the innovation as well as entrepreneurial culture with the innovative knowledgeable workforce.

After a detailed study and research on the project, it is estimated that it would drive in domestic growth by adding to the creation of more than 1,24,999 local jobs.

This plan is seeming to support the technology sector by implementing advances in robotics, Artificial intelligence. Along with that is about to drive an estimation of a $4 billion increase in the GDP of Saudi by 2030.

Saudi Silicon Valley will also seem to get a huge benefit out of it. As this will act as a catalyst to the plan. The traveling cost in the Hyperloop for passengers wouldn’t be high priced.

It will be equal to or lesser than the airfares that are currently charged to the passengers. This service aims to be low cost, high speed, and passenger-friendly.

Hyperloop won’t be just restricted to cutting the journey time, but it is more than high-speed connectivity.

The findings have shown a positive approach for the national economy as well as the social development of Saudi. This plan is a vision of the betterment of future Investment.

This plan does seem to connect cities easily, drive greater job prospects as well as increase the economic condition of Saudi Arabia in the coming years.

This isn’t seemed to be the only Hyperloop in Gulf, in fact, the plan to build another Hyperloop in Abu Dhabi has also rumored out.

All in All, it has set out a clear strategy to diversify economic development and to change the outlook of Gulf countries.