Saudi Arabia is undoubtedly a rich country located in the south-western part of Asia and covers a huge area of the Arabian peninsula.

It is purely an Islamic country. In fact, it is said that the  religion Islam originated from here. The country is widely famous for the most adorable pilgrimage of Islamic —Mecca and Medina.

Besides, Saudi Arabia is also famous for its oil refineries , its vast desert region known as Rab-Al-Kharif and the rich Sheikhs (and their Royal lifestyle). 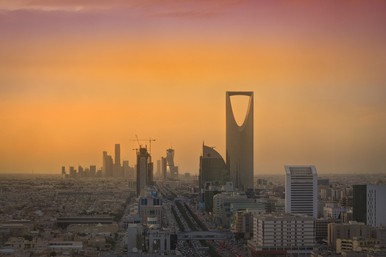 The laws are strict and any sort of criticism or objection causes high penalty (even death). Thus, you must be aware of the things that are prohibited in this country.

Let’s learn about 15 things that you shouldn’t do in Saudi Arabia.

1.Criticism of the Royal Authorities and Sharia law

Saudi Arabia is a country ruled by Royal Authorities. Criticizing the king, government officials, the royal family and Authorities is not tolerated at all.

Saudi Arabia is governed by a rigid official system , literally known as Sharia law. There is a group of volunteers and officials called muttawa. They play a vital role in regulating and inspecting whether Sharia law is being followed or not by the people.

Literally, muttawas are the religious inspectors. The Sharia law follows the Quran and the Hadith. It is based upon the religious precepts of Islam.

No one is allowed to post anything (negative or positive) about Saudi Arabia even in social media or any other platform. To stay and live peacefully in Saudi Arabia, you must have to mind your own business. The country people respect their flag a lot.

They have great faith and pride in their flag . Any kind of negligence or bad conduct regarding their national flag is punishable.

2.No roaming during prayer time

As we all know that Saudi Arabia is extremely strict when it comes to religion and laws. Thus, it is better that you should not roam or wander on the streets during prayer time.

Otherwise, the muttawas may arrest you or take actions against you. The prayer is done five times daily for 20-30 minutes.

Everything shutdown during this time except hospitals, airports, public transport and taxis. During these times, the muttawas patrol the streets. They send loiterers to the nearest mosque for prayers.

3.No spitting or mocking upon anyone

Spitting here and there on the road is considered a crime. If you will get caught spitting on public place, you have to pay high penalty for that.

Mocking upon anyone or making fun of anyone’s weakness or disability is looked upon as a sign of disrespect.

4.Propagation of any other religion except Islam

Propagating any other religion except Islam is strictly not tolerable in Saudi Arabia.

You will be imprisoned if you are found practicing any other religion publicly. Don’t carry religious pics or books, or anything likely to be suspected.

5.Consumption of alcohol and smoking publicly

Consumption of alcohols or smoking publicly  are highly offensive. However, drinking alcohols in one’s own residence is not given much importance.

6.Smuggling of drugs and Import of illegal drugs and weapons

Smuggling or trafficking of drugs, alcohols, illegal weapons is also offensive. You will receive high punishment and penalty if caught involved in such activities.

7.Practicing of any kind of evil negative practices or rituals

Evil practices (like jadu tona,), magic spells and evil enchanting, etc. are strictly intolerable. The authorities have the altogether right to take legal against such people. Don’t ever dare to attempt any sort of negative practices.

Always carry the original or photocopy of your personal ID with yourself, especially at security checkpoints. The governmental authorities possess the right to check your documents anytime and anywhere.

9.Wearing of indecent or obscene dresses by women

Women go out of their home in abayas and hizaab. Wearing exposing or obscene dresses, especially by women, can bring huge trouble. Males can’t wear shorts too.

Women are not allowed to drive. Women can’t work freely. The number of working women is nearly negligible in comparison to men.

LGBTQ travelers must be alert as LGBTQ marriages, relationships, and rights are totally outlawed in Saudi Arabia. Thus, try not to show any kind of affection with the same gender in public. Otherwise, you will experience public flogging, jail and even death.

You can click a selfie of your own. However, be careful that your pictures don’t contain any local public, especially the women or governmental bodies.

Moreover, posting such pictures in social networking platform is seriously an offensive task.

13.No fighting, quarreling or beating or stealing

Fighting, quarreling, beating, stealing— all these evil deeds are strictly prohibited in Saudi Arabia. If you see someone’s stuff abandoned or left forgetfully anywhere. Don’t dare to pick it up.

Don’t forget to wear seatbelts during driving. There is a rule to fasten seatbelts of both the front and back seats. Driving too fast is also an offense.

Never use mobile phones while driving. As a pedestrian, you are advised to cross roads only from the signal. Don’t cross the road from anywhere you want. Don’t throw trash here and there on the road too.

There is also a rule that if you find someone got hurt by accident, don’t take them to hospitals. The emergency service officers will take the victim to the hospital. You may move him/her aside and make him/her soothe.

15.No talking in loud voice in public

In Saudi Arabia, talking in loud voice is considered a sign of disrespect.

Consumption of pork is also illegal and is considered as haraam.