Are you a trivia buff or just someone who likes to travel and explore? Whatever may be the case, you are sure to have heard about the Burj Khalifa. Even kids learn in school that the Burj Khalifa is the world’s tallest building. 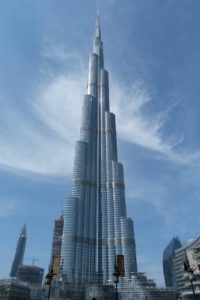 It is not just an engineering feat or marvel but its magnificence and beauty can be seen from far away. Since it was opened in the year 2010, residents and tourists throng to catch a glimpse of it.

Facts about the Burj Khalifa

Getting into the specifics about this soul of Dubai; the Burj Khalifa’s height is 828m. Another added fact is that it measures 2716.5 feet.

It is based on the idea of the Hynemocallis flower and is basically structured into three sections with a core. If you see it from above, it very much represents the Islamic architecture of an onion dome though a little less pronounced. 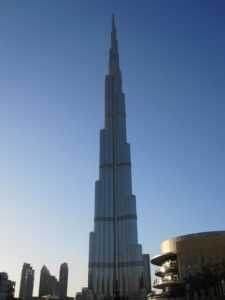 Those interested can even go to the Burj Khalifa top. The 124 and 125 floor have observation decks and for those who are not faint hearted can even try out the deck which is on the 148 floor. It is considered to be the highest deck in the world at 555m.

A simple comparison with the next tallest building – is the Shanghai tower which measures at 632m and the Abraj Al Bait Clock Tower at 601m in Mecca.

How much does it cost?

During non-prime hours it generally costs 149AED for adults and 119AED for kids between the age of 4 to 12 to go to the observation decks on the 124and 125 floors.

Then the rates vary for prime hours and the top most deck on the 155 floor. The lounge is also approachable depending on ticket rates which vary as per season. They also do have special offers and discounts.

This being said, just straining your neck to see the Burj Khalifa height in itself is an experience.

More read:Step by step guide how to apply for police clearance certificate in Dubai online.

At the base you get to see the Dubai Mall and the lovely Dubai fountain which are once again places that pull tourists and residents alike. We hope you are fortunate enough to experience this pleasure.