Riyadh’s new six-line metro is considered to be the biggest urban rail project outside China. This project is all set to be open in the second half of 2020. The soft opening of the Metro was expected to be seen in this year 2019.

One the first section to be disclosed this year, there are rounds upon the recent progress on this world’s largest urban rail project. 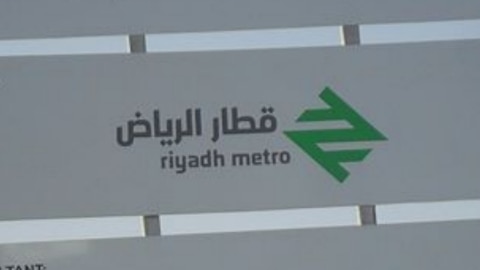 Alwalid Alekrish the deputy CEO of the project, connected with the Riyadh Development Authority made it possible to keep control of such a huge project.

The population of Riyadh is about 6.9 million and it is eventually growing. The rate of 3.5% per year in comparison with the world average rate of 2.5% is expected to reach about 8.3 million in 2030. The public transport facility in Riyadh is also one big challenge.

Along with the torturing heat, that doesn’t let the commuter walk safely anywhere. The number of private vehicles is boosting with 2% of public transport every day for over 10 million trips and 80% of a private car.

Future of Riyadh with transport evolving

When the city expands its base technologically, it evolves and brings in greater opportunities. With infrastructure development, it will increase the demand of people. 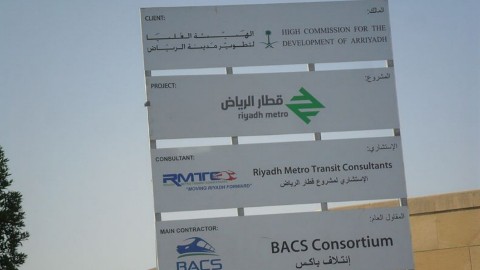 This bigger project has a bigger impact on the improvement of the place. Riyadh transformation will have a huge impact on the Saudi vision 2030.

The plan for lesser reliance on the oil industry and greater public sector development including tourism, recreation, infrastructure, and health sector.

Riyadh Metro to be a backbone of Public Transport

The six lines totaling to about 176 km and 85 metro station project cost about $23 Billion. The metro will be connected to the most densely populated areas, government, education, commercial as well as a medical institution.

It will be the backbone of the capital’s future transport system. It will also be serving the King Khalid International Airport, Riyadh important universities and downtown areas. Along with the King Abdullah Financial District.

The Riyadh metro project has gone from zero to the level of automatic testing of the metro in a span of about just 5 years. 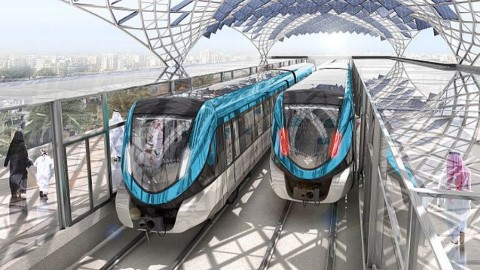 This statement was given by Mr. Alwalid Alekrish, deputy CEO, programmes as well as the Riyadh Development Authority in an exclusive interview. This interview was at the Global Public Transport Summit in the month of June this year.

This project is running with the speed of light without any delay, or any budget overrun issues.

The special part of this project is the driverless train, that is built with the latest technologies and carefully monitored with operation control agent in the centers.

The metro stations are designed with an architectural pattern that gives futuristic look and feels to the project.

The passenger would feel safe, comfortable and secure with air-conditioned and passenger information system along with free internet access. The selected station is expected to have shops and cark parks too.

25 Park and Ride Facilities to Be Developed

The metro project in Riyadh is definitely the largest turnkey project. And the speed of the project accomplishment seems to have set a high bar of expectation.

About 25 park and ride facilities are planned to build across the city in order to encourage people to switch to the metro instead of cars.

This turnkey system approach promises and has the complete system capabilities, this includes signaling, trackwork along with electrification as well as maintenance.

Metro to Run at a Speed Of 90 Km Per Hour

The aim of this metro is to encourage all segments in society to prefer the metro instead of private transport.

Walkways will also be designed aside from the metro line with 7.5 million trees for some fresh air and street furniture for people to rest.

The 2 trainsets will be featured which has the first class and the families & single sections. The metro trains are expected to be 100% motorized and are designed in a way that it reaches the top speed of 90 km per hour.

All stations are expected to be air-conditioned, in order to let the passenger, feel a little relax from the heat in Saudi. 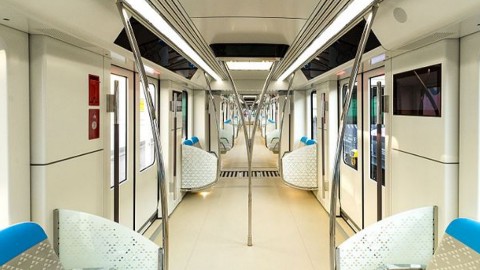 There will be in totally 4 main stations on the network, King Abdullah Financial District, Olaya, Qasr Al Hokom and Western. These are the platform places designed by top-class architects.

All 4-metro stations will act as a transport hub point where a large number of the bus, as well as trains facility, will be available for the passenger. This way Riyadh is looking forward to encouraging more and more travelers to opt for public transport.

More read:16 things you should not do in Saudi Arabia.

Full-Length Train to Be Developed to Carry More Passenger

The metro is expected to carry about 1.3 million passengers every day with just about a 3-minute headway.

Line 2, that is Blue will be operated from the 4 car trains which will be outset. Although the plan is to design all the lines with 4-car trains.

As the traffic seems to rise every day and becomes a challenge, a full-length train is expected to develop for the comfort of the passenger. This way the plan is kept in mind with respect to the future growth of the people in Saudi.

The Economic Development of Riyadh

The ridership in the metro and around is expected to rise up 3.6 million passengers per day in the coming 10 years.

This does seem to do with the Metro plan that is just the best alternative to private mode. When the bus and the metro become fully operational for public use, Riyadh will jump from no better public transport to an extremely comprehensive network.

This network is aimed to serve most of the parts of the city to carry a maximum passenger from around. This impressive achievement is something only a few cities have accomplished so far, and Riyadh is one of them.