Saudi arabia started an effort to establish a U.S. Military base in Al-kharj close to Riyadh.Chief of the United States Central Command, Kenneth Mackenzie, reached Al-kharj and visited the region. 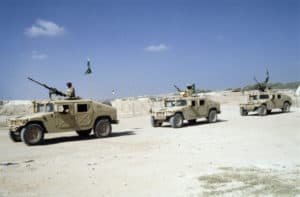 After 15 years, the US military returns to Saudi Arabia. The Saudi captain said the Red Sea vessels would be joined by Saudi.

U.S. Central Command Chief Kenneth Mackenzie arrived in Riyadh ahead of this. He toured the US-prepared base near Al-Kharj’s Saudi military base. Next week more officials will arrive.

More read:Saudi arabia will reopen the Iraqi border after 27 years.