A new & weirdly dangerous trend on TikTok has been fast spreading across the Social media platform. It is called a skull breaker challenge, which is set to give you a potential headache. 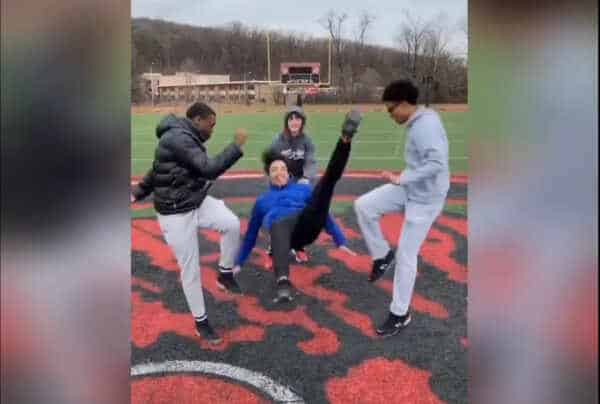 This trend seems similarly dangerous to what we had once been through the “the blue whale challenge”. This risky challenge circulating on the social media platform involves two people jumping in the air and the 3rd person standing in between, doing the same thing.

Encouraging other dumb viewers to accept the challenge and perform it. But what’s so odd about it that has named it to be fatal?

This is not the first time we’ve seen and circulated videos on challenges. Some are funny & entertaining, some are on awareness, while some are risky, bizarre & highly dangerous.

One of which was the Kiki challenge which involved jumping from the moving car, getting out on the road, moving with the car & dancing along with it to the song of the rapper Drake’s song “In my feeling”.

There were reportedly many cases of injuries & serious falls which turned from funny too scary in no time.

And now it’s the Skull breaker challenge, which is worse than a nightmare. The videos shared are not just bizarre but highly sensitive to see.

Just as the third person jumps in the air, the rest two kicks on the leg of the person, making the jumper fall directly.

The main aim of the bizarre trend is to make the jumper fall on the back, and hence the name. This fall causes major injuries, head issues and serious pain to the person falling. In some cases, there are direct death possibilities too.

Most of the time the 3rd person jumping isn’t prepared or aware mentally of the fall. Thus, a prank & the person being unaware had led to the death of the jumper, making situations worse.

Many, especially teenagers have fallen prey to the challenge. School & College geeks are found making a video and circulating it online.

The videos of TikTok trend that have widespread on different social media platforms like Facebook, Instagram & Twitter shows majorly school students involved in the act. This has led parents to worry about their kid’s safety & concern. 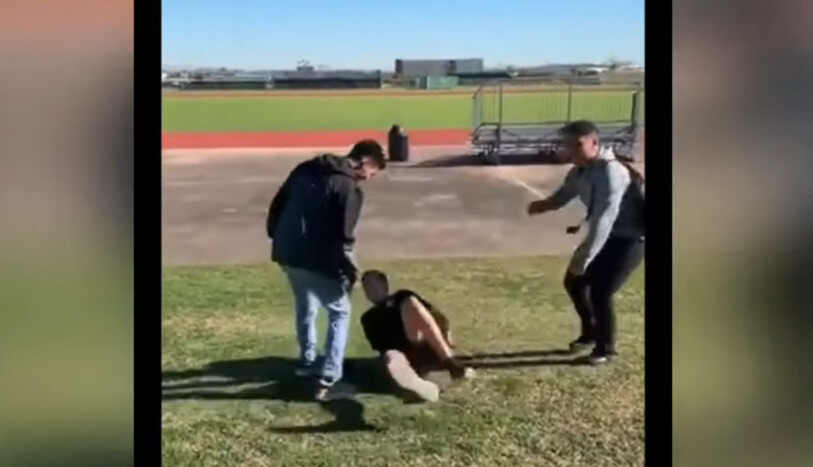 Parents are in the utmost stress as the video shows a jumper falling and getting unconscious directly. Kids are dying, some reports have leaked. It can break the skull, cause serious problems and trend seem to stop nowhere.

This challenge has reportedly injured many people, especially in the US & Europe. And there are Spanish cases as well heard, where police have warned kids not to attempt the challenge after a boy suffered pain like a death in a video.

The doctors who have handled their cases confirmed to the audience that this challenge is an invitation to death. News reports have quoted saying experts claim the fall can break every single bone of the person, leaving no scope to survive.

So, the risk is not just about being unconscious for the while, but there is a big possibility of bones in pieces.

This is not the first time we have seen trends like this rolling on the Internet which is just exposed to danger.

Social media is also famous for dangerous stunts that are performed by viewers to show their courage. But this is not about courage anymore! This is fatal and outrageous and there are voices against it raised for a ban as soon as possible.

Many countries around the world have imposed a ban on the challenge, and people seen doing it & sharing online will be in serious legal trouble.

Due to the incident taking lives of individuals knowingly, unknowingly, the ban seems to do stop people from becoming prey.

A mishap in Disguise: Say no to Skull Break Challenge

A challenge in the shape of bullying, harassment and pranking on others has messed up the good use of the Internet.

The awareness has made one thing clear; viewers have taken the matter seriously. Bans are imposed in certain countries and there is a hope that people don’t fall for it yet again with their corrective measures to do the challenge.

Show it as Warning, not as an Encouragement:

Unfortunately, it is so far not a challenge anymore! As there are reportedly many cases of young teenagers admitted to the hospital with serious injuries, cuts, and bruises.

The videos now circulating on Social media comes with a hashtag Warning, be alert, say no to Skull breaker challenge. The viral video is now used as a warning, not letting young people fall for it.

This is spreading all across the world on various platforms, especially Twitter & Wats app messenger. Because that’s where people take it as a serious topic of concern.