With the world going up and down in every aspect, be it the economy, environment, health, or humanity, there are many countries taking measures to improvise the socio, economic, and environmental situations — one such country which stepped forward and took bold actions in Saudi Arabia.

They came up with the futuristic vision, Saudi Vision 2030. It encompasses various aspects of the social and economic parameters and policies that basically focus on the nation’s long-lived tag and dependence on different oil export mechanisms. 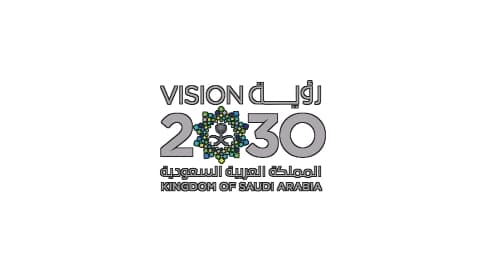 This is one way that could lead the nation to envision and build a growing, sustainable, and non-dependant economic future. This feat can be achieved by them focusing on various scenarios entailing around the country’s robust policies and critical strategic areas.

Saudi Vision 2030 is an idea conceptualized to decrease Saudi Arabia’s long-term dependency on natural resources like oil. Though it is a blessing to the kingdom, in the long haul, the nation has to envision a sustaining plan to multiply its economy.

The need of the hour is to build up the public service sectors, which will uphold the nation and the critical economy. Areas like education, Saudi Vision 2030 tourism, infrastructure, health, and recreation are capable of bringing in traction.

The first details were announced on 25 April 2016 by Crown Prince Mohammad bin Salman. The Council of Ministers has tasked the Council of Economic and Development Affairs (CEDA) with identifying and monitoring the mechanisms and measures crucial for the implementation of “Saudi Arabia’s Vision 2030”.

Why Saudi Need Such a Massive Vision?

Post the assassination of Saudi’s Jamal Khashoggi, and the whole community got shaken with no leader to make moves. A lot of public announcements have been making rounds on investing assets and finances.

The Gulf, by there started diminishing with their strong foothold and started becoming very unattractive and weak in the international business. Hence despite all of this, foreign investments had risen by 110% in 2018.

These developments are part of the Crown Prince’s ambitious plan Saudi Vision 2030 that aims to diversify the economy, away from a dependency on oil and society with varied and rich experience of a quality lifestyle including world-class tourism.

In the process, the nation is also looking at building its dynamic job opportunity plan for its people. Arrangements have been made to build up the entrepreneurial and innovation vision. This is planned to achieve through modernising the existing curriculum with Saudi Vision 2030 education goals and the government introducing technology and improvised amenities for fast-paced learning.

The government plans to introduce five new strategised learning in the universities that it ranks amongst the world’s top 200. In the Saudi Vision 2030 careers and Saudi vision 2030 jobs plan, they plan to push their young to experiment with innovations and entrepreneurship and build upon the small and medium enterprises (SMEs).

The government will uplift them by providing financial assistance — the expansion of SMEs, which will contribute to the overall GDP by 25-30 percent in 2030.

Crisis in the Oil Industry

With the country being scrutinized continuously and the oil industry getting attacked by sources, the nation realized its sole dependence on it with environment changes might not be wise and fructify the development.

The country’s crude and gas production cannot be underestimated, but with the world’s eyes, there and restriction on imports of the same later could change the whole economic structure of the nation. 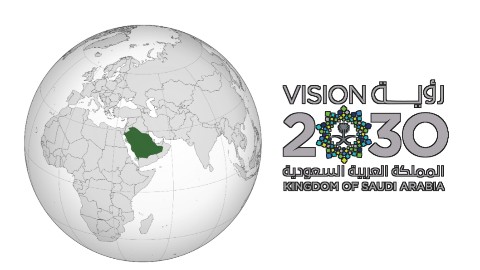 Achieving the Vision set and its goals, strengthening the investments is of prime importance as it inevitably boosts the economic state.

The Government has presented economic blueprint in its Saudi Vision 2030 targets for the non-oil industry trades like exporting of goods like the consumer products to bring the nation back from its financial deficits and help in increasing budgets for the military in manufacturing equipment and ammunition. The country wants to build a robust system where it’s business and defense finances are in mutual benefit.

Saudi Vision 2030 Sports was announced by the kingdom in April 2016. It essentially represents Saudi Arabia’s plan to address all the fundamental challenges which have been caused by the low global energy prices. They plan to implement and create a profound social, networking, and lifestyle change amongst their citizens and how the kingdom has been functioning thus far.

One prime goal amongst the rest that Saudi Vision 2030 holds on to is ‘create a fulfilling, entertained, and vibrant society’ to beat the mundane system that it has been known for a long time.

Amongst other important plans, they plan to create and promote physical wellbeing.

Physical activities in schools, workplaces, and in general for the public to incorporate in their daily lifestyle regardless of any time constraint or societal setbacks.

In the past, with Saudi Arabia being limited in recognizing the importance and essence of games in their country, adding to a healthy lifestyle, now with Saudi Vision 2030, they plan to intensify the same.

Setting an aim to bring the best infrastructure and equipment and participation in athletic and sports working along with the private sector, they look to establish additional vital programs dedicated to building up individuals and teams to aspire and excel in sports to be at par with the world leaders globally.

Astringent country from the Middle East, they plan to break the misconception of keeping their women beyond walls. They also plan to establish their women in sports.

They plan to license women’s gyms, Modify women’s outdoor areas by restricting men from overlooking, making the women uncomfortable. It all starts with small steps.

With the aim to add grassroots development in sporting infrastructure, Saudi visions plan to establish football and other sports where the country is in par with set international teams. The showcasing of talent pool they possess to place the country in global outlook is a vision they have seeded in their people. 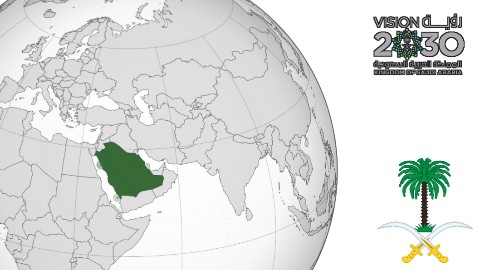 It’s always a morale boost and a pride moment for a country to see them being appreciated on all aspects and move beyond being known only for their oil and sovereign funds coming from the royal kingdom. Placing your countries map in history for reasons is something the country now looks at working on without any setbacks.

The leaders of Saudi look to bring their country to be known as a friendly and vibrant society with strong beliefs. Saudi Arabia plans to focus on their people, and by there also build them in their Islamic faith.

They have to commit to undertake and work on a series of commitments they have pro-actively incorporated in the plan. They plan to increase their traction in religious tourism and increase the Umrah visitors count from 8 million to 30 million annually.

Being economically blessed, they plan to take it to a grand scale by building up a well established Islamic museum, which they aim to be the largest in the world. They also plan to increase the Saudi heritage sites count, which is registered with UNESCO. These measures are taken to promote the overall growth in terms of cultural opportunities the Kingdom presents.

The visions also plan to encourage the knowledge and practice of a healthy lifestyle amongst its people. They would like to educate the young and the old, the women necessarily on healthy practices and lifestyle practice. They plan to lay emphasis on an exercise routine to be practiced at least once a week to see the health conditions increasing from 13 to 40 percent at least.

The developing Saudi hospitals and rural areas have started practicing healthy eating, deficit, and hygiene factors so that at least three of their main cities are recognized amongst the 100 top-ranked cities of the world.

Saudi Vision 2030:A blueprint for an ambitious nation

It is relatively quiet early to commence and come to an end on how the nation has started its course with the launch of Saudi Vision 2030.

With a vision to renew their energy resources, electricity circulation amongst the rural areas, there is a distinct and concise impetus to fortify the ambitious plans to move forward quickly with a complete balance amongst the movement without misbalancing their finances and goals in any way.

The general move to even a step with their thought is commendable. The community and nation development plans apparently are aligned with the privatisation of Saudi governance. The significant developments may take some time but would definitely give rise to a considerable number of opportunities and also generate interest in a global scenario for foreign companies to invest and get involved in developing the nation.